By Susan Reoch
July 26, 2021
The copywriting “rule of one” and what it means for complex sites

If you like this article, you’ll love The UX Factor—my weekly newsletter. Sign up for next week’s instalment.

Here’s the conundrum – conventional copywriting wisdom tells you about the rule of one.

And I get it. If you were travelling to Byron Bay, how much simpler and easier would it be if all the road signs along the way simply said Byron Bay?

I’m not here to argue that, but what do you do when you work for a more complex brand? What about your homepage? Does it also work there?

If you have a small following of similar people looking for similar things. But, I also feel like the marketing messages targeted at copywriters are often over simplified.

For the kinda brands I work with (one’s with hundreds of thousands of users), it’s not that you chuck out the principles and theories altogether, but rather need to add a layer of nuance.

This is what strategic copywriting is.

If you’ve been wondering how you could possible distil everything on the webpage you’re working on down to one message, this might be the missing piece of the puzzle.

Where does the rule of one work?

So much copywriting advice comes from direct sales copy.

Old-guard copywriting was solely the domain of marketing. And when you’re trying to sell something, it’s best to stick to one clear message and indeed funnel people  in one direction.

So if you’re writing a sales page, landing page, Facebook ad, social media post, or email, then stick with the one clear message leading to clear action.

However, there’s a new breed of copywriter these days.

One that writes not only for conversion but also user experience. Traditionally, (if something that’s come about in the last couple of decades can be called traditional) these roles were seen as completely seperate – here’s my blog post about the differences – but now there’s more acknowledgement that the two overlap.

And if you’ve ever been asked to write web copy for a site with more than 20 or so pages, you’re probably throwing your arms up in a hallelujah.

Your challenges are completely different, and here’s what to do.

What to use instead of the rule of one

Let’s go back to our example. Will that signpost to Byron Bay help the people who want to go to Newcastle, or cut across to Uluru?

More likely they will float around Australia trying to make their own way there and getting more disappointed and frustrated along the way. Or perhaps they’ll end up in Byron Bay and wonder why the hell they ended up there.

A much more useful approach if you’re working on a big complicated website, is to think about sign posting people in big broad categories first and then refining it down the further they go.

So say on the homepage you have signposts for Byron Bay, Uluru and Newcastle, metaphorically speaking of course.

Once they’ve taken the right turn off, that’s when you can get more specific. Maybe now’s the time to point out specific highlights.

And remember that back button is clicked more than any other navigation elements (reference), so if people take the wrong step they can always backtrack.

What I’m saying here is that you can definitely have (and probably should have) more than one CTA on your homepage and even on some of the landing pages underneath that.

The key is to be super clear on how you’re segmenting your users at this level in a way that’s helpful to them and the specific job they’re trying to do.

AKA they want to know how to get where they’re going, before they hear about specific attractions.

Let’s unpack this a bit more…

Ready to go deeper? Stick with me

Where this power of 1 rule becomes really important, and where I see lots of people getting it wrong, is NOT that every single webpage only has 1 idea, 1 CTA etc.

It’s that each section pointing to an exit is crystal clear about who it’s for, where they’re going, and what they’re going to see next.

And this is where the rule of one comes in really handy.

If we go back to our travelling metaphor, you often see information about the Blues & Roots Festival in Byron Bay, before syphoning people off by destination.

Rather than trying to get people to convert in the first 3 seconds they land on your site, think critically about where they’re trying to go and what that very first step looks like.

That user will feel like they’ve only seen one message, even though you’ve been helping other segments on the exact same page.

That’s how you create a clear path and with it, an exceptional user experience.

If you’d like to know more about getting strategic with your copy (whether you’re an entrepreneur, organisation or copywriter) you’ll love my weekly newsletters. All my best stuff goes to my list.

Get the edge on other writers by understanding User Experience. 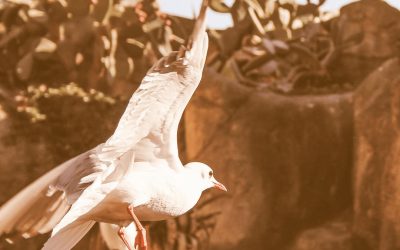 9 lessons from my last launch 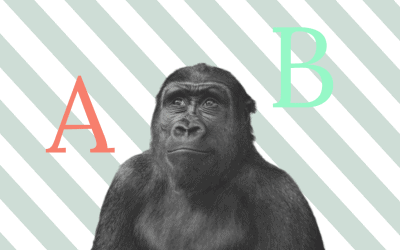 What is A/B testing your copy?